Hillclimber 62 is the result of our collaboration with our friend Alain Wicki, a Swiss skeleton racer who competed from the 1980s to the early first decade of the 21st century. He won a complete set of medals in the men’s event at the FIBT World Championships with a gold in 1989, a silver in 1998, and a bronze in 1982. Wicki won the overall men’s Skeleton World Cup title in 1988-9. Alain, who is a great fan of vintage motorcycles invited us to design a “Bobber” motorcycle based on a Ducati sport classic 1000 sport. A “Bobber” is a stock motorcycle without major modifications, except that most or all of the parts which do not contribute to speed and/or performance have been removed or shortened (i.e. “bobbed”). Hillclimber 62 design was inspired by vintage motorcycles, racers, speed, passion, elegance, and the appreciation of originality, we wished to reconquer the essence of a time when metal sheets were hand-shaped to create exclusive motorbike parts and when beauty was found in the crafting of simple, elegant details… We made a whole new tank for this bike. The dimensions of the frame were matched for a seamless fit. The airbox and ignition switch have been integrated into the shell and it’s still good for 1½ gallons of fuel. The front section is actually just the airbox cover with the rear section houses the fuel. We stuck with the original fuel pump to avoid any issues with the injection system and we also included a pop-up fuel cap that fits perfectly with the lines of the tank and tail. Hillclimbing is a branch of motorsport in which drivers compete against the clock to complete an uphill course. It is one of the oldest forms of motorsport, since the first known Hillclimb at La Turbie near Nice, France took place as long ago as 31 January 1897. The Hillclimb held at Shelsley Walsh, in Worcestershire, England is the world’s oldest continuously staged motorsport event still staged on its original course, having been first run in 1905. The longest permanent Hillclimb in the UK is at Harewood in West Yorkshire, with a track length of 1448 meters. The “bobbing” of motorcycles goes back to the 1930s, 1940s, and 1950s, to the days of classic Dirt Track Racing, Road Racing, and Hill Climbing events. During those days there was no big after sales market like we got right now, and the most effective way to increase performance was to shed as much weight as possible. So it was that during those days guys would ride their bike to work during the week, and during the weekend they would ride it to a motorsports event, open the toolbox, strip off all ballast from the bike, and participate in the race! After the race, the owner would put all parts back on again to make the bike street legal. That is if the bike had not been crashed too bad during the race… In the 1930s, 1940s, and 1950s “Bobbing” was about the only way for the normal guy to increase the speed and performance of his Bike. It was in those days that Bobbers came into being. These bikes were the Original Bobbers! This historic racing tradition forms the basis of our general perception and definition of a Bobber.

Hillclimber 62 was appointed for the Special Exhibition at the Concorso D’Eleganza Villa D’Este 2012. 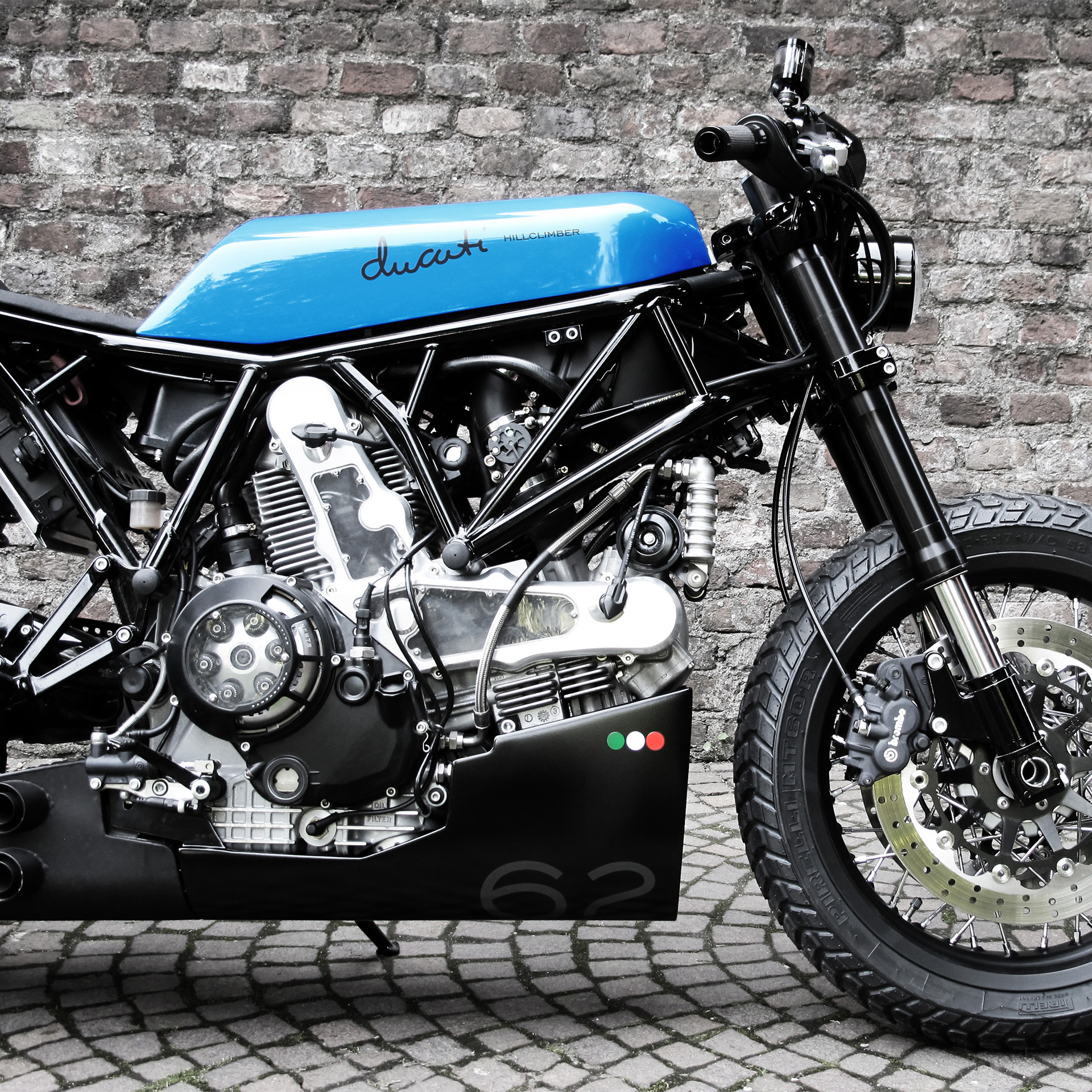 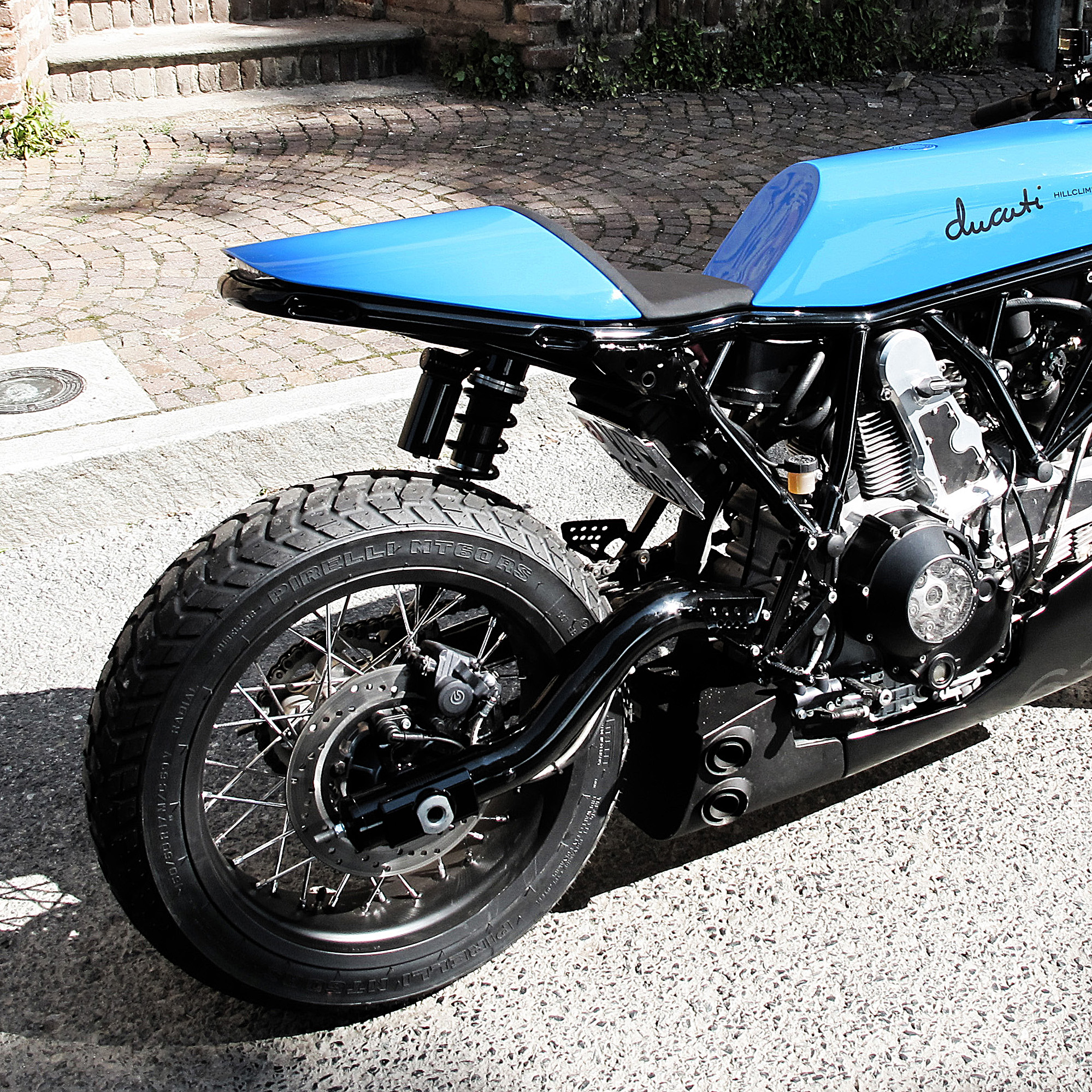 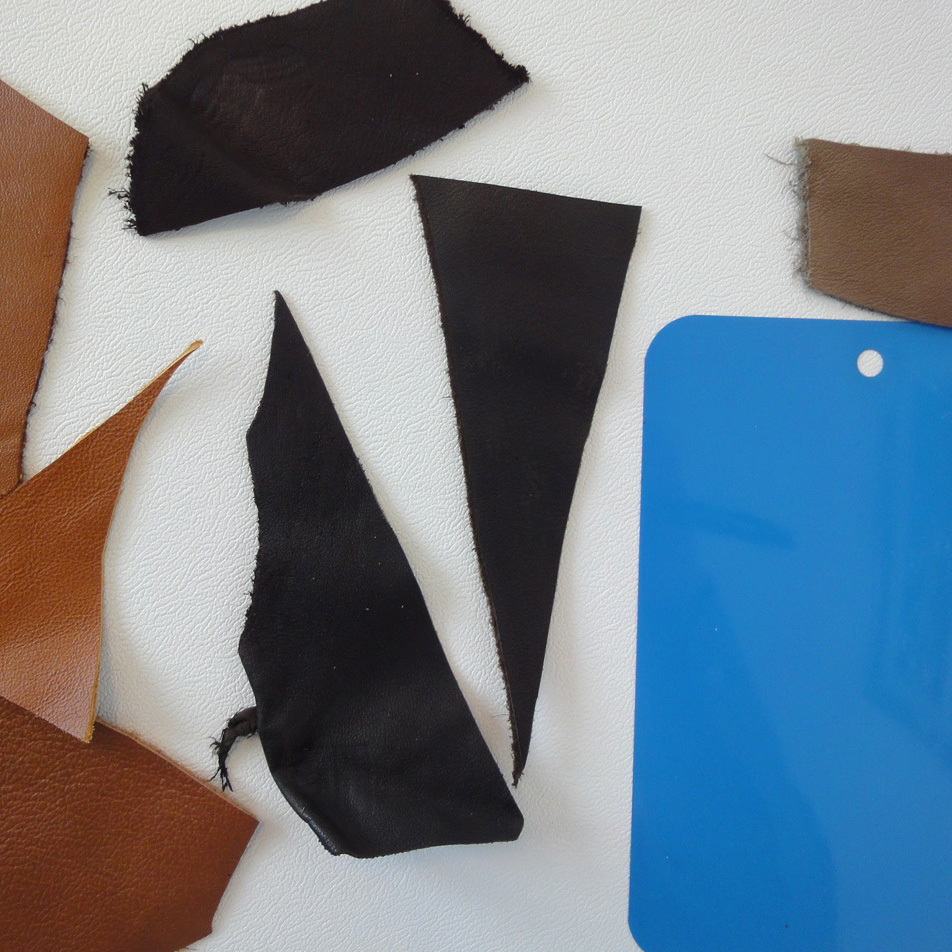